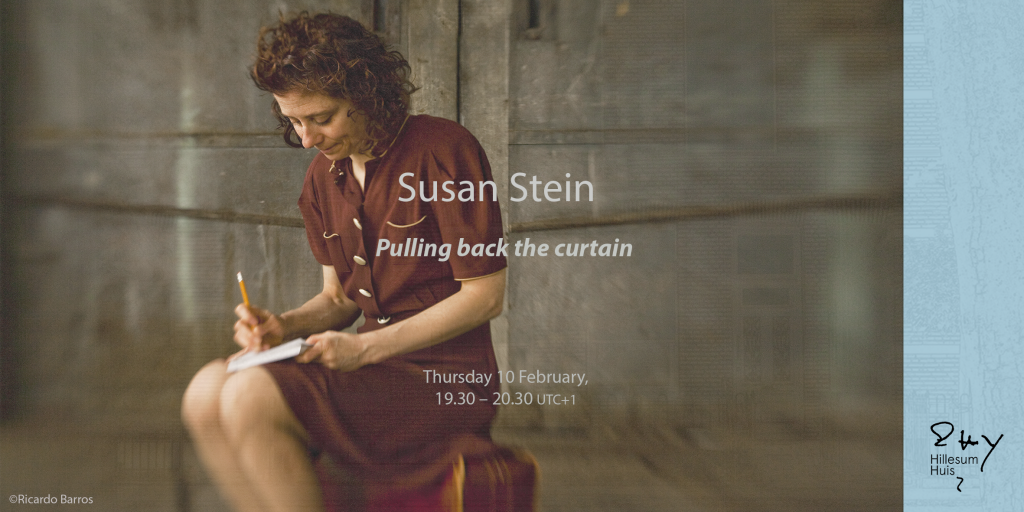 Susan Stein has devoted the past 14 years to bringing Etty Hillesum’s words to the world. She wrote the original one-woman play, ‘Etty’, crafted using only Hillesum’s words, and began performing in 2009, touring it to museums, universities, secondary schools, prisons, and underserved communities. At the end of performances, audiences remained, and a second act evolved organically, inviting people to join the conversation that Etty began. In her session, Susan Stein will perform a section of her play,  discuss her research, which included meeting the people in Etty’s life, and share stories from some of the places she performs, including prisons in the UK and US.

Susan Stein is an actor, playwright and teaching artist in New York City. Stein has spent the past 13 years touring her original one-woman play, Etty, to theatres, universities, schools and prisons throughout the United States and parts of Europe. Stein has been a visiting Artist/Scholar at Cambridge University, Boston College, Vanderbilt, Brandeis, Colby, Boston University and Chapman University. She leads workshops in writing and acting throughout the US and UK. As an actor, some of Stein’s recent credits include Neil Simon’s Broadway Bound in the 2021 production at Beck Center for the Arts; Dominique Morisseau’s Pipeline, the premiere of Meridith Friedman’s The Luckiest People, Wendy Wasserstein’s The Sisters Rosensweig, Arthur Miller’s American Clock and Bathsheeba Doran’s A Parent’s Evening.  Stein leads workshops in playwriting, writing and acting throughout the US and UK. Susan studied acting at NYU Graduate School and SUNY Purchase and received a Master’s in Writing at Wesleyan University. She was on the faculty of Princeton Day school for 13 years and currently teaches Performing History at Duquesne University and is Artist/Scholar in Residence at Classrooms Without Borders in Pittsburgh.

For more information about the play see: http://www.ettyproject.org/